It allows you to control the level of access that individuals have, both to your information as well as the system as a whole.

The permissions system available in Array has some impressive functionality. It allows you to control the level of access that individuals have, both to your information as well as the system as a whole. In order to segment users into groups according to their permission levels, you’ll need to use the Array Teams feature.

In addition to addressing the difference between the Array team roles, this article also explains how to: 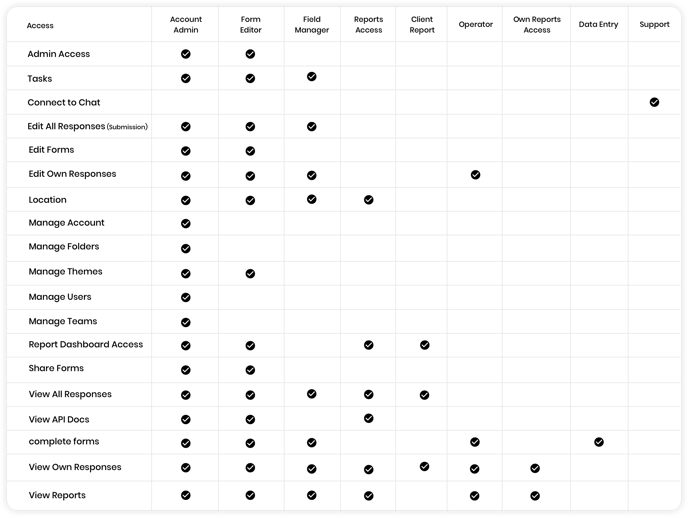 To start managing your teams, click on the Users button in the left sidebar which will take you to all users. 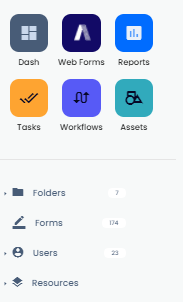 You then select Teams in the top navigation to get to see all your teams.

Array automatically creates four teams for you. However, let’s say that you have a new group of users who you expect to grow within your organization together and outgrow their current permission. In this instance, you may want to create a new team just for them. Let’s call this example team “Winter 2015 — New Hires.”

As with most Array pages, you’ll start by clicking the add button in the top right corner.

A popup box will appear asking you to enter a team name and select a permission class from the drop-down menu. Enter the information and click 'Add'.

You’ll see your new team was created. If you’d like to rename a team, hover over the name and 'Rename' will appear.

Adding Users to a Team

Now that you’ve got a new team, you’ll want to populate it with users, of course. To do so, click the Team bar that requires the new user to be added. This will open a pop-up that will show you information about the team you have selected. Within the pop-up, select Users tab and it will list all users on that team. 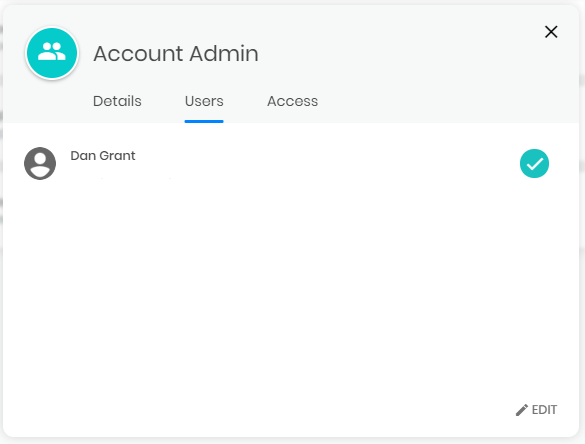 To add a new user, click edit in the bottom right of the pop-out,

Check each user you’d like in the team and click the Ok button in the bottom right corner. 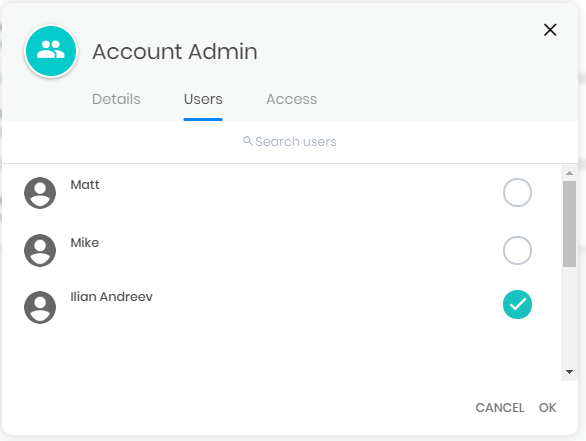 You can adjust the permission class from this menu and toggle the team status on and off. Be sure the status is in the 'On' permission if you’d like to apply it to your folders.

What’s the point of creating teams if you’re not going to assign them to folders? To start activating permission classes on specific groups of forms, click the Folders button in your left sidebar.

Then, click the plus button to the right of the folder bar or the share button. This will display a drop-down of both Users and Teams,

Removing Users From a Team

To remove a user from a team, open Users in the side navigation and select Teams in the top tab. This will display all teams you have set up already.

Open the Team where the user is that you would like to remove and go the Users Tab on the Pop-out and Click Edit in the Bottom Right.

You will be able to de-select the tick on the user you want to remove. Once you have unchecked the user, click Ok to save these changes.

You can also remove teams from all the folders and forms they have access to from the Access tab.

Likewise, it’s quite simple to delete a team entirely. When on the Manage Teams page, hover over the left-hand side of the team, check the box that appears you want to delete and click the delete button that appears at the bottom of the page.